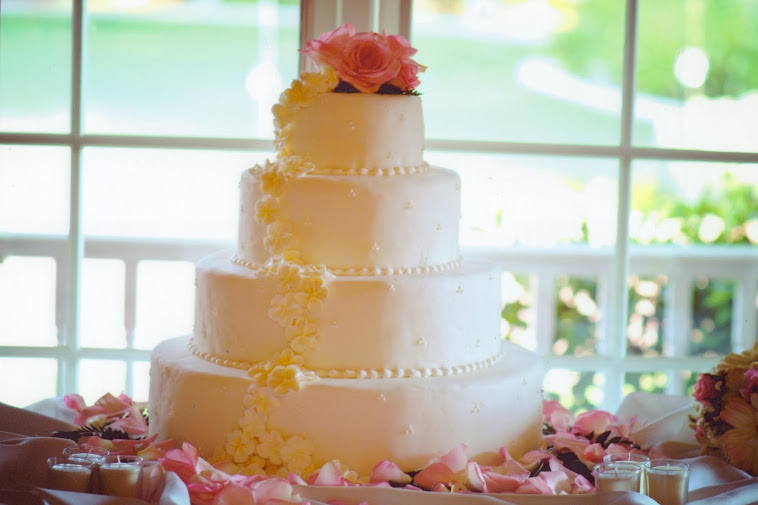 Making of a Target Cupcake 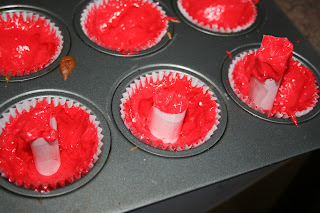 Here are picture steps of how I accomplished my target cupcakes. First I made white cake and mixed red coloring to half of the batter. I spread red batter to the edges of the liner then put in rolled pieces of parchment paper. 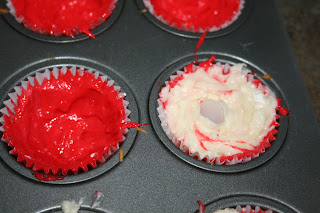 Then I filled the parchment with red batter and the space between the two with white batter. 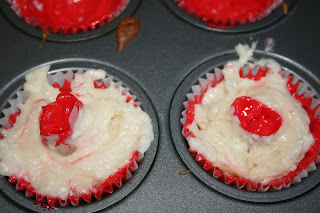 Before cooking I pulled the parchment out and topped off with red batter in the center. 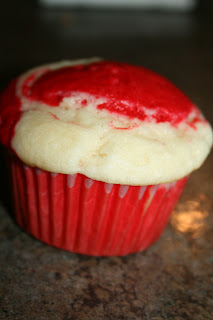 Even though the liners were the cheap white ones, they looked pretty red since it was red batter at the edges. This is what they look like unfrosted. 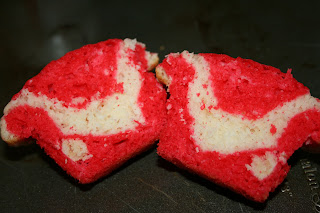 This is what they looked like when you cut into them. Not a perfect bullseye but you get the idea. 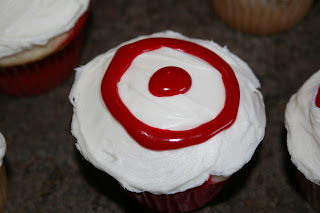 After frosting them with basic white frosting I used the cookie red pre-made frosting to do the decorating. It ran some so you had to be careful, but since I was making so many I wasn't too worried about each one being perfect and it meant that I didn't have to make my own red which won out when you are baking in another state. 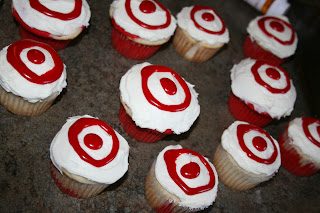 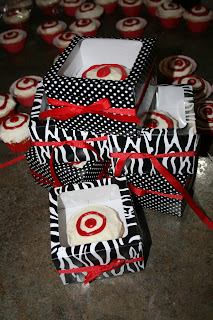 We bought some fun boxes and tied ribbons on them to showcase a few special cupcakes for some of the managers at the target. 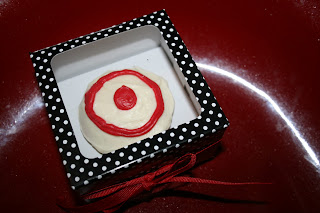 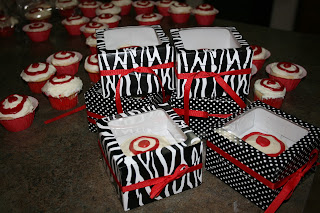 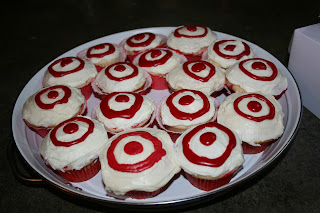 Email ThisBlogThis!Share to TwitterShare to FacebookShare to Pinterest
Labels: cupcakes

Pricing will vary from 2.50-10.00 per serving depending on the specifics of the cake. Many things factor into the price so it is always best to contact me at cakesbykimnevels@gmail.com for the most current pricing.